About Our Limited Edition Offer

Only the first 1000  Leon Measures Shoot Where You Look LLC (SWYL) Training Tools will be inscribed Serial Number _____ of One Thousand and offered in a kit to folks who will appreciate owning a piece of history, and the satisfaction of having had a positive, lasting impact in the future of the shooting sports.

For more than 50 years the Shoot Where You Look System has enabled tens of thousands of shooters to save time and money, while becoming better shooters. The specific Training Tools around which SWYL was developed were discontinued.

This sent Leon Measures, the originator of SWYL, on a global search for a suitable replacement Training Tool. Two disappointing trips to China convinced him to manufacture his own Training Tools in America.

After 10 years of planning and preparation, he is very close to having his own line of Precision Training Tools to complete the Shoot Where You Look System. Now he borrowed a page from history to make this offer.

Firearms historians tell, only the very best of the 1873 Winchesters were engraved One of One Thousand.

He doesn't foresee a SWYL One of One Thousand Training Tool bringing six figures, but at some point in time, it will be collectible.

NOTICE! Purchase money is stored in a separate account at Frost Bank in the Woodlands (Houston area), Texas.

The only risk is ours. In the unlikely event we are not able to produce, within one year of purchase, purchase money will be returned.  We will absorb credit card processing fees.

In the bargain, purchasers have first choice. We can't do it without you! Order now and help spread the word. Thank you. 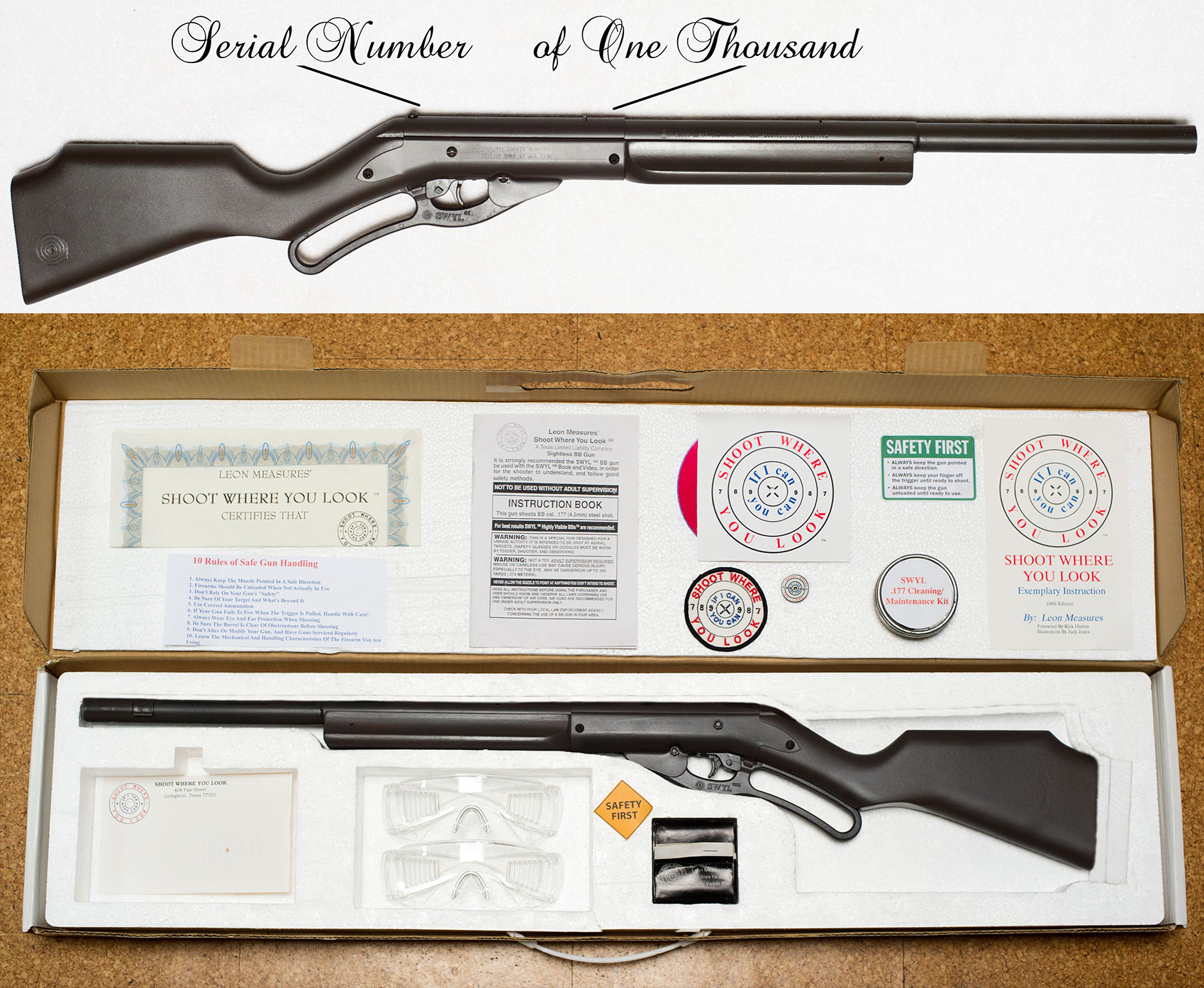 GUN SAFETY !! NEVER, EVER, POINT A GUN, LOADED, UNLOADED, ON SAFE, OFF SAFE, OR OTHERWISE AT ANYTHING YOU DON'T INTEND TO SHOOT !! THIS SIMPLE RULE ALLOWS THE SHOOTING SPORTS TO PROVIDE A LIFETIME OF SAFE ENJOYMENT !!

Disclaimer and Waiver of Liability